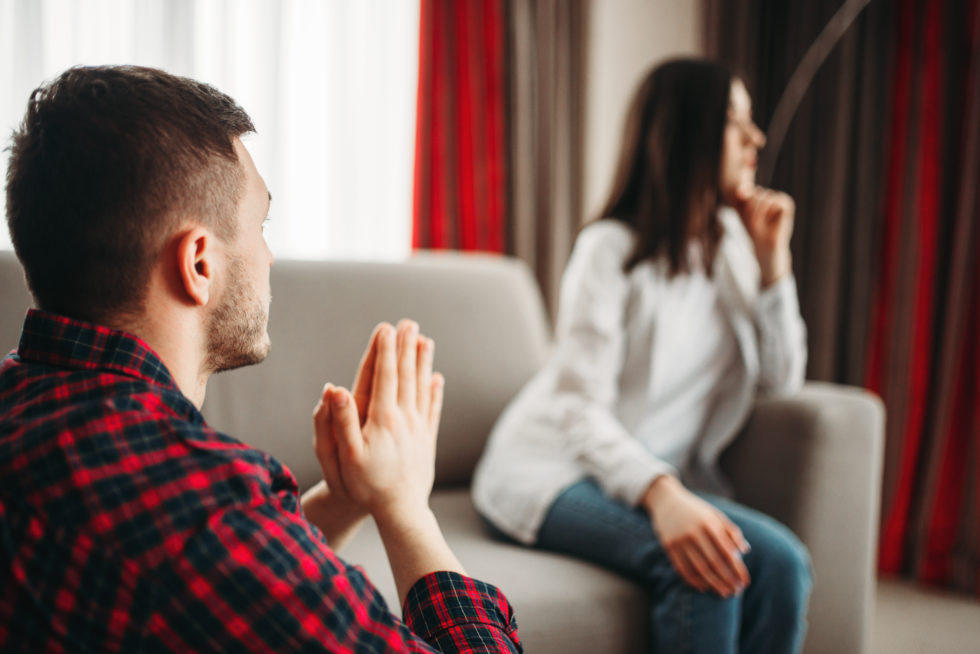 Should You Give Your Ex A Second Chance?

My ex-husband and I separated twice before I decided to file divorce papers to officially call it quits. If it were up to him, we would have stayed on that dysfunctional roller coaster we labeled a marriage for as long as I was willing to ride.

After the first separation, I had lost everything. Business, home, self-worth, and I was slowly losing what little sanity I had left. Everything I did as a single person to make a life for myself and daughter were gone. Just like that I was beginning all over again. This time with two kids to care for, pennies in the bank and ruined credit. I worked hard to maintain a sense of normalcy in our lives. When I returned to a place of stability and was ready to move on emotionally, I asked for a divorce. This sparked several conversations to reconcile which caused us to give it another try.

Going back was a decision I would soon regret. I broke the one relationship rule, never go backwards. Reflecting on the marriage during the second separation, I realized I did not want my husband back. I wanted to take away the echo constantly playing in my head that I had become a failure at life. My husband owed me everything marrying him took away from me. I suffered enough, I wanted a chance to rebuild my life to what it once was.

Chasing lost dreams once again I neglected to do due diligence in making sure this was the right relationship. For the second time, jumping in headfirst without taking the time to understand what I truly wanted from a relationship and what that looked like. The same problems we had before were still present. In fact, they had intensified. We parted ways once again.

During the second separation I had done a considerable amount of work on myself. Having a better understanding of how relationships functioned on the subconscious and conscious levels, I knew how I wanted my personal relationships to grow and who I wanted to be partnered with. When my husband asked for us to get back together this time, I was aware of the broken places. I had guidelines for success. I wanted to make sure the issues would be addressed and solved before taking another trip on the roller coaster of love. He would have to show me he was ready to honor the vows sincerely and forever this time. It became crystal clear he was not the partner for me. We were incompatible in so many ways.

The differences far outweighed the similarities. We simply were not a good match for one another. We had the physical proof with the separations, and it was undeniable on paper as well. The best course of action was to be honest with myself instead of forcing a marriage that could never work. We did not reconcile a second time. It was one of my better life choices.

Only you know if giving someone another chance is the right move to make.

Here are a few points you can use to help you make the decision on partnering up again.

Giving someone another chance is not about how they feel.

Being led by guilt when making this decision can take you through agony. It is not about how others will see you if you do not make the choice, they think you should make. It is not about how your ex will be heartbroken. This decision is one you must make with confidence. It should cause you to feel hope and happiness. If you are scared or anxious that is an indication you have reservations that need to be addressed.

Revisit why you broke up with them.

Go over every issue you had with the relationship.

Why do they want to get back together?

What is their motive to rekindle the relationship? What did they learn over the breakup period and how will that change the outcome this time around?

Breakups are an opportunity for both people to take a step back and examine if the other person is the right person for them. Do they fit the list? Do they exhibit the characteristics you are looking for in a mate going forward? This step takes self-reflection.

If you decide to go back

Having a coach through the process is a great way to make sure all issues are resolved and both parties are heard. The coach assists the couple to focus on the goals they want to accomplish and gives them tools to facilitate any changes to a healthier, happier union.

I am happy to help couples facilitate the recovery process. Click here to take the assessment to get started.

Archives
Shop With Us